Ahmaied Hamad Khalaf and his family returned to their home in Fallujah, Iraq in 2017. Until recently, the city was under Islamic State (IS) control. Although the conflict was over, the city was still unsafe, except that there was still one looming fear: improvised explosive devices (IEDs) hidden in homes and city infrastructure. Ahamaied and his family were not the only ones to return to their homes at that time - many families, displaced by the conflict, chose to return to their homes despite the threat of IEDs.

In January 2018, in cooperation with the GICHD and Oculus VR for Good, the production company NowHere Media travelled to Fallujah, where they met Ahmaied. Working with a translator from the region and a local crew, an immersive virtual reality experience was created to tell his story. This project was initiated to shed light on the growing challenges that IEDs are posing to redevelopment initiatives and civilian's safe in the region. 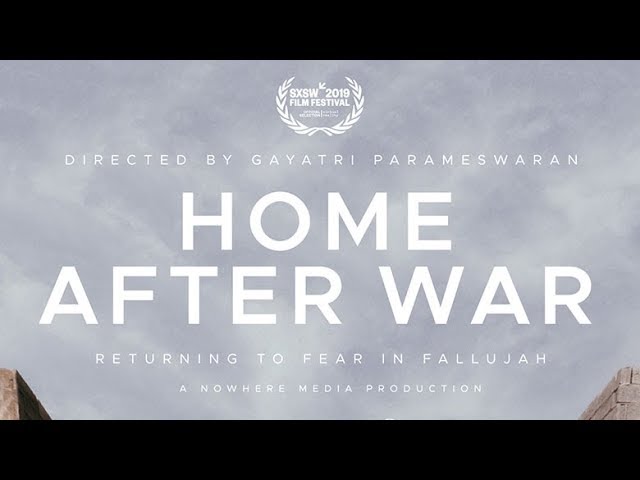 To create a heightened experience, a technique called photogrammetry was used: in short, Ahmaied’s home was scanned and reproduced in virtual reality. This means that when you put on a headset you feel transported to Fallujah; the 360 environment you see is Ahmaeid’s home.  With the headset on, when you take a step in real life, that translates to a step in Ahmaeid’s home. And, in what resembles a hologram effect, Ahmaied appears to you within his virtual home and tells you his story. He invites you inside and as you walk through the space, peeking around corners and even standing on his roof, he meets you and tells you what happened to his family.

This experience was made to raise the public's awareness of some post-conflict issues being tackled in Iraq. To bring the experience to as many people as possible, it has been shown at film festivals around the world. It enjoyed it world premiere at Venice International Film Festival in 2018 and has since traveled to Canada, China, Egypt, England, France, Germany, Greece, Korea, Norway, Switzerland and the United States.